Particularly noteworthy was the number of Club members who volunteered their time to make this event so successful. The machines worked without any problems, they were loaded with targets quickly between events and the Referees did a super job of keeping the squads organized and safe. Everyone enjoyed the Burgers and Dogs from the grill and the prizes that were donated by both individuals and corporations were wonderful.

Our next shoot will be a one day, one gun competition on Saturday, October 15th. Our Annual "Big Bore Open" shooting 100 targets in a 12 gauge event. Should be a good time with lots of serious Texas skeet shooters from the Dallas Metroplex.

About 8 miles northeast of the City of Terrell
in Kaufman County, Texas. You can click on
the map and get directions:

Read all about the latest updates on our gun club and our events. We hold pistol, rifle, and shotgun shooting events. And other than that, we also hold special shooting tournaments for our Junior Service Rifle Team. Keep yourself up to speed with recent happenings in The Terrell Rifle and Pistol Club. 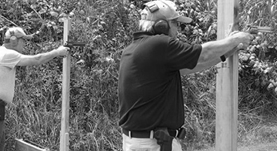 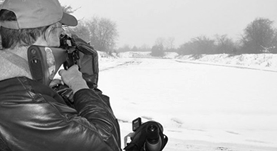 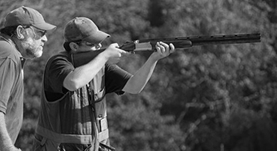 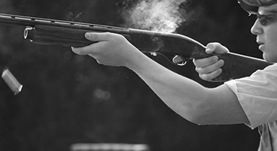 Here’s the latest news regarding our gun club. You can also stay tuned for future news and updates here or by going to our news page.

This match is a fundraiser to send the TSRA teams to Camp Perry each year to compete in the National Matches representing the Great State of TEXAS.

We are looking for current club members who would be interested in serving on the TRPC gun club board.  We have an election coming up in the fall and we are about to start our search for candidates who would like to serve as either a rifle, pistol or shotgun director starting in 2023 for a three-year term.  If you would like to be a part of the team that manages your club or you have questions please give me, Alan Wilson a call at 469-236-7242.

We have completed a berm repair project on The TRPC 100- and 200-yard ranges. The side berm between the two ranges was in need of raising and the 100-yard backstop needed to be reconditioned as well.

A crew of member volunteers came in on Monday the 22nd and cut and removed trees. They then proceeded to remove dirt that had eroded from the bottom of the 100-yard backstop and left-over dirt from the pistol ranges parking area and used it to raise and lengthen the side berm between the two rifle ranges. On Tuesday the 23rd our volunteers returned and rebuilt the target frame holders for the 100-yard range and by the end of the day the range was again open for your use along with increased parking for the pistol ranges.

If you get a chance, please be sure to thank the following volunteers. Equipment operators: Mark Franecki, Mark Turner, Gene Pohlman; Tree removal experts: Ron Chambers, John Ilzhoefer, David Blakemore, John Jebavy. Most of these people performed multiple jobs and the work would have never been completed without them and I would like to personally thank them all.